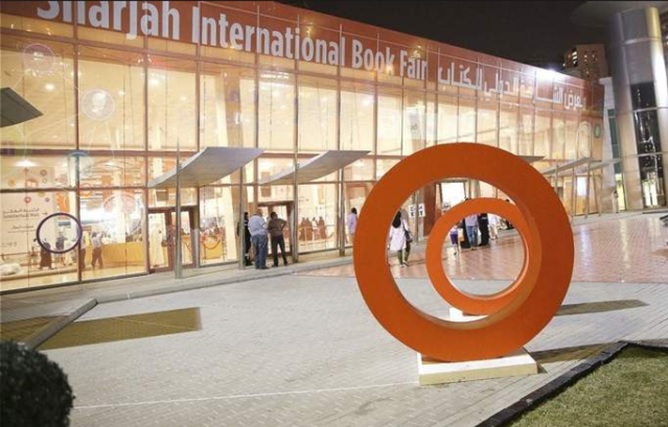 Known as the cultural capital of the Arab world, Sharjah is the guest of honor at the 25th São Paulo International Book Fair, which takes place from August 3rd to 12th at Anhembi and brings together national and international players and authors, Brazilian and international publishers, bookstores and distributors. The event is being held by the Brazilian Book Chamber (CBL) and is supported by Brazilian Publishers, an internationalization project of Brazilian editorial content carried out through a partnership between CBL and the Brazilian Trade and Investment Promotion Agency (Apex-Brasil).

The participation of the Arab Emirate of Sharjah occurs through a work carried out by the Brazilian Publishers. This is the first time that a city in the Middle East participates in the Book Fair, bringing all its cultural richness with activities of music, dance, gastronomy, and literature from the region.

Ahmed Al Ameri, chairman of the Sharjah Book Authority, wants the event to bring Brazilian and Arab professionals closer together. “We hope to exchange information, learn more about publishing opportunities and strengthen Sharjah’s position in Latin America as a continuous provider of knowledge and literature to our fellow Brazilians”, he affirmed.

The São Paulo Book Fair will have a specific area with various activities related to the emirate such as literary exhibitions, illustrations, lectures with authors from the region, among other cultural actions. According to Luiz Alvaro Salles Aguiar de Menezes, International Affairs Manager of CBL and manager of Brazilian Publishers, Sharjah’s presence at the event is an opportunity to explore commercial relations between the Brazilian and Arabic publishing markets. “The union of the two cultures in the same event is a key factor for the stimulation of new businesses and the promotion of relations between the national and international publishing sector”, he said.

Ahmed Al Ameri also points out that the Brazilian and Latin American publishing market is very important for the Arab world since the commercial relationship between Brazil and the United Arab Emirates is approximately US$ 1 million per year and 94% of this market is represented by the export of books from the Arab region to Latin America. According to UNESCO’s Index Translationum survey, only 97 books in Arabic have been translated into Portuguese. “These statistics reveal an unplanned opportunity for increased trade in works translated between the Arab and Latin American regions”, said the president.

Sharjah is the third largest Emirate of the United Arab Emirates and promotes the third largest book show in the world: the Sharjah International Book Fair. The event is held for 36 years by His Highness Sheikh Dr. Sultan bin Muhammad Al Qasimi, a member of the Supreme Council of Sharjah. In addition, the country was recognized by the United Nations Educational, Scientific and Cultural Organization (UNESCO) as the World’s Book Capital of 2019.