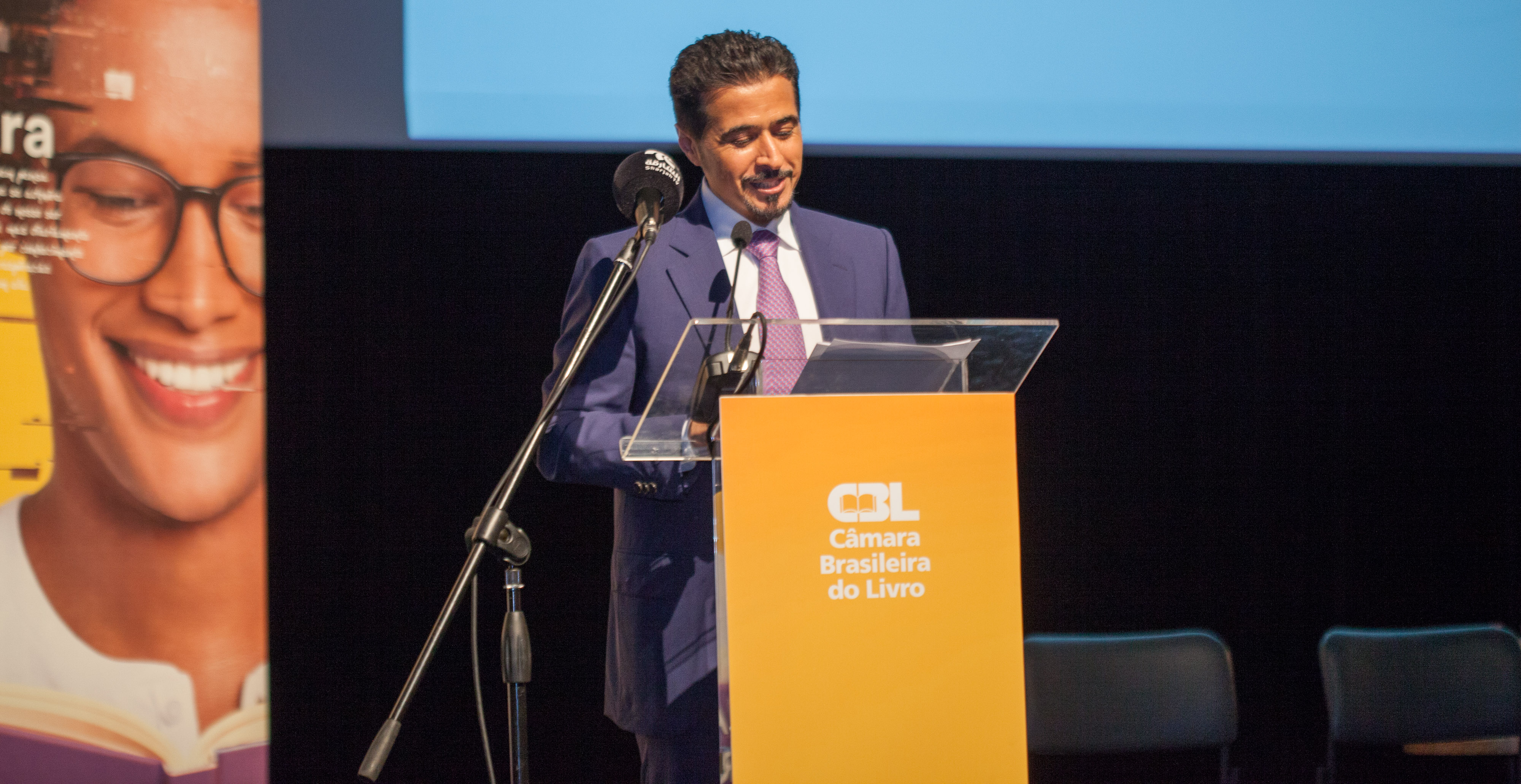 The Press Conference of the 25th São Paulo International Book Fair was held last Thursday (5) at Unibes Cultural with the presence of journalists, organizers and Ahmed Al Ameri, Chairman of Sharjah Book Authority, emirate honored in this year’s edition. Organized by the Brazilian Book Chamber (CBL), the event happens from August 3rd to 12th, at Anhembi, with the support of the Brazilian Publishers, an industry project fostering exports of Brazilian editorial content through a partnership between CBL and the Brazilian Trade and Investment Promotion Agency (Apex-Brasil).

The conference presented information about the agenda, which has 1,500 hours of cultural activities and 14 official spaces with actions related to the literary universe.  During the 10 days of the São Paulo Book Fair, visitors will be able to be in contact with national and international authors of the literary scenario of Brazil and abroad.

The participation of the Arab Emirate of Sharjah occurs through a work carried out by the Brazilian Publishers. This is the first time that a city from the Middle East participates in the Book Fair, bringing all its cultural richness with activities of music, dance, gastronomy and literature of the region. Brazilian Publishers took the opportunity of the presence of Ahmed Al Ameri, Chairman of Sharjah Book Authority, to discuss the relations between the Brazilian and Arab publishing market. According to him, the participation in the event signals a new era of collaboration between the two cultures. “Our relationship with Brazil has been widely strengthened since our visit to Sao Paulo in 2016, followed by the strong Brazilian participation in the Sharjah International Book Fair of 2017. These trade committees have identified many opportunities for mutual growth”, he said.

Sharjah is a major center for education and culture in the United Arab Emirates. It was elected by UNESCO as the book’s world capital in 2019. The city-state also houses Sharjah Publishing City, the first free zone in the world’s publishing and printing market.

In your opinion, what is the importance of the São Paulo International Book Fair?

I consider the São Paulo Book Fair very important. It is an opportunity to introduce the Arab literature and culture for the 12 million people who live in Brazil and are Arab descent. We want to introduce our writers to these people and publishers. Relations between the countries are being strengthened and it is not only Sharjah that is benefiting from this opportunity. The whole Arab world is.

What are your expectations for the encounter of Arab and Brazilian cultures during the event?

I think that our participation as a guest of honor at the Book Fair brings a lot of potential, mainly to introduce Arab literature to Brazilians and to encourage more national authors to attend to our book fair.

You have already closed 40 deals on translations of books from Arab into Portuguese since the beginning of the negotiations between Sharjah and the Book Fair. These publications will be released during the event. What are your business expectations for the Fair?

In this encounter of nations, we not only have translated 40 books from Arab into Portuguese, but we have also closed several deals with Arab publishers and we have many projects with CBL through the purchase and sale of rights. I think those numbers will increase during the event. We have a lot of business expectations for this year, since the translations take long to be done, as well as the negotiations. It is an opportunity for both countries to introduce their works in the Book Fair.

In Brazil we have many Arab descent families.  They are 12 million only in Latin America. Which segment of the Arab publishing market do you think these people will identify with?

I believe they will identify with different segments of the Arab publishing market. Novels, non-fiction, political books, history, and especially books on Arab calligraphy and poems. Many Brazilians are Lebanese and Syrian descent and these people have a passion for words and poems. I believe that the Arab literature will be able to connect them to their roots.

Which segment of Brazilian literature do you think will succeed in the Arab world?

We have already sold Brazilian book rights to the Arab translation, we include have Brazilian titles that are successful in the Arab world. Paulo Coelho has many books translated and is very popular there. He even lived in the Emirates, so you have a sense of how strong the relations between our countries are.  Again: I believe this Book Fair will be an incredible opportunity to introduce new Brazilian names to the Arab market.

With R$ 32 million investment, the 25th International Book Fair has 1,500 hours of activities, 14 official spaces of the event with activities related to the literary universe, 197 exhibitors and the presence of 291 national and 22 international authors.